And Now, Something a Little Different

Priesthunter is done and awaiting entry into the editing process for release, sometime in 2019. Roguehunter is nearly done, Book II in the series. Plotting for Kinghunter and Godhunter continues, along with continued addition to my Sci-Fi work, Aftermath.

With the Holidays over and the New Year well underway, it’s time to get busy again, though I have a lot of family stuff this year, with two graduating seniors this summer. So, off I go!

Posted by jamessick on January 17, 2019
Posted in: Writing. Leave a comment

I was flipping around Netflix with the wife and found this little gem. Actually, it’s new, so it was plastered all over the screen.

I’m a huge fan of Dexter, though I don’t normally go for the anti-hero character. Now I’ll have to add Joseph Goldberg to the list of the anti-heroes I like. He narrates his own story, much like Dexter, but that’s where all similarity ends. He’s not, in essence a serial killer, driven by deep-seated mental breaks from a horrible incident in his past. No Joe just loves a girl and will do anything for her…I mean ANYTHING.

This character is very complex, but shows simplicity too. I find the story well-written to the fact that a simple principle can be violated by every day activities and social pressure at nearly any time. The main character’s principles are clearly shown, yet his actions lead him to bending them, to outright breaking them on several occasions. However, later scenes show his basic humanity and principles remain unchanged in the big picture, though they may have undergone drastic change in other, more specific areas.

The boy Paco is another excellent character, showing a wide range of disruptive change in his character over the course of the ten show season.

An altogether outstanding show from Netflix. I recommend it.

I’ve always been a Rocky fan, so I had to see this movie. I was in no way disappointed either. There are a lot of movie franchises that remain successful, following a formula for all their separate works. You’ve seen my nearly constant praise for Marvel’s movies. This formulaic process includes the Harry Potter franchise and too many others to count.

Creed II follows the same Rocky formula, specifically, Rocky III. Rocky lost his fight in that movie, because he didn’t want it enough, didn’t know what he was fighting for. In this picture, Adonis Creed, fresh off his title win, gets a match with the same results. He gets crushed, though the result of the fight is a disqualification. Adonis retains his belt. His awful performance and beat down can be attributed to his lack of focus, exactly like Rocky III.

Speaking of Rocky, Sylvester Stallone reprises his famous role as mentor and father figure to Adonis. All the old mannerisms and movements return. This is a lifetime role for Stallone and he delivered an outstanding performance.

After his successes in the ring, and subsequent failures, Rocky lives alone in Philly. He owns a bar. He is in Adonis’ corner for the title fight that Adonis wins, but is dead set against the fight against Drago. He refuses to manage Adonis for the fight and the kid gets pummeled. The older Drago, from Rocky IV is the young Drago’s father and trainer.

Once Adonis heals, Rocky is eventually persuaded to manage Adonis for the rematch, using unusual methods to train, as in the original Rocky. 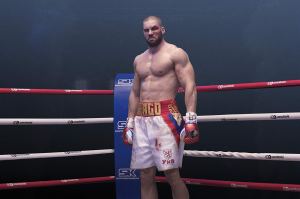 Viktor Drago, son of Ivan Drago, is the opponent facing Adonis Creed. He’s a monster of a man, almost a machine of destruction. He obliterates his opponents with ruthless efficiency. However, during the course of the film, there are reasons for his demeanor that become stark. Abandonment by his mother (Bridgett Nielson) left him to a father that was solely focused on eventually getting revenge on Rocky for the defeat in Rocky IV. Fractures in his relationship with his father eventually come out, but was not explored completely, which is a shame.

Ivan Drago is a bitter man, losing everything he values after his defeat by Rocky. The tie in, of course, is that Ivan Drago killed Apollo Creed in the boxing ring before eventually being defeated by Rocky. Now, his son Viktor is being groomed to defeat Adonis and exact revenge. His relationship with his son is strained and the portions of the movie around his son’s mother show exactly how bitter he is.

This movie was just a lot of fun to watch. The story was not so much compelling as it was comforting. With a Rocky movie, you know what you’re going to get. When it delivers, you feel great. When Adonis begins training for the rematch with Viktor, strains of the Rocky theme music come out and the effect is perfect.

Adonis was a good character, but a little wooden. He was very stereotyped, though in a Rocky movie way…it worked. The interplay between him and his wife was beautifully done and the one portion of the movie with Adonis and his newborn was even better.

Viktor could have been a better character, but the movie did not delve deep enough into his story. His character served a purpose. The performance was good though, and the physical intimidation on screen was obvious.

Ivan Drago was almost tragic. Dolph Lundgren really delivered a fine performance, from the opening salvo to Rocky, through his son’s eventual defeat in the ring. The change in his character right at the end of the movie, once he realizes what is truly important, is good. I think it could have been done a little better, but the movie really wasn’t about him.

Sylvestor Stallone gave a tremendous performance as the aging Rocky Balboa. The speech patterns, mannerisms, and movements were everything we remember from every previous Rocky movie. It was like seeing a time capsule playing out on the screen. In fact, several times during the movie and through the end credits, you get to see images from previous Rocky movies. The plot tying Adonis Creed, to Rocky, to the Drago’s was well thought out and not overplayed.

Personally, I would have liked a little more development of the flaws in Viktor’s character, but overall, I love this movie. Of course, now I have to find a way to see the first one. I missed Creed, but in this case, Creed II really stands on its own, much like the Rocky movies. I hope Stallone finds it in his creative mind somewhere to dish out a Creed III, because I think it would be worth it.

My novel is rising in Amazon rankings.

Available on Amazon for pre-order.

Bogged Down, but Still Fighting On…

Magehunter is finished with substantive editing and an ARC has been released. Now comes the glorious task of asking others for reviews of the work, in hopes that someone of notable nameliness will supply a small quote to include on the cover. Got a few feelers out for that, and crossing my fingers.

Priesthunter is ready to begin Substantive editing, just awaiting a schedule and directives from the publisher and the array of editors.

Roguehunter is crawling along slowly. I’ve written two scenes in the current chapter and I’m ready to rip them out and set fire to them; they don’t work. Still, have to get it done and begin plotting for Kinghunter.

JA Messick
Create a free website or blog at WordPress.com.